Founded in 1916, Meadowbrook Country Club is one of the oldest clubs in Southeast Michigan.  Originally designed by Willie Park, Jr, it consisted of just 6 holes and 125 acres.  Now, with over 180 acres and remodels done by storied architects such as Donald Ross, Meadowbrook remains one of Detroit’s elite clubs.

Meadowbrook has hosted the PGA Championship and numerous other PGA tournaments including the Motor City Open.
Prominent names such as Byron Nelson, Bob Hamilton, Ben Hogan, Sam Snead and Cary Middlecoff have tee'ed off here.

Byron Nelson and Bob Hamilton hold the 18 hole record, posting scores of 63 in 1946 and 1949 respectively.  More than a decade later, Mike Souchek also shot a 63 during the second round of the Motor City Open in 1959 (which he later won). 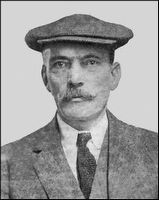 He also worked as a golf course designer, with 170 designs to his credit in Britan, Europe, the US and Canada.  Park entered this profession, while winding down his competitive play, in his mid-30s, just as golf was beginning an enormous increase in popularity in North America.
New golfers needed new courses to play, and Park took advantage of the opportunities. His services were much in demand, and he became one of the first people, along with fellow Scot Donald Ross, to become a full-time golf course architect.

Other highly regarded Park courses include:

Park, Jr was inducted into the World Golf Hall of Fame in 2013. 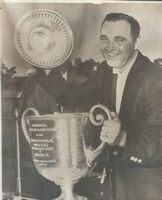 This was the first of two major titles for Ford, who also won the Masters in 1957.

Defending champion, and Meadowbrook’s own Pro, Chick Harbert, was defeated in the second round by Johnny Palmer, 1 up.  No former champion advanced past the second round.

Finals re-cap:  Doug Ford scored a 4-and-3 victory over Cary Middlecoff in a match that was tightly fought for the first 27 holes.  Even though Ford shot 66 in the morning round, Middlecoff took a 1-up lead on the strength of a 67.  But, in the afternoon, Ford came back and squared the match for the fourth time in the match on the 26th hole with a birdie.  He then birdied the 29th, 30th and 32nd holes to go 3-up, and sealed the contest with a par-4 at the 33rd hole.

It was a Cinderella week for Ford, playing in his first PGA Championship and becoming the first player to win under that scenario since Tom Creavy in 1931.  He was also the fourth player in PGA match-play history to win the Championship after winning medalist honors.  Other players to achieve that feat were Walter Hagen (in 1926), Olin Dutra (in 1932), and Byron Nelson (in 1945).

Notably, this was second time in three years the PGA Championship was played near Detroit; the 1953 event was played at Birmingham Country Club.

The Motor City Open at Meadowbrook 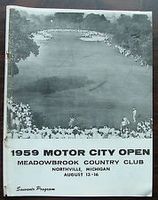 The Motor City Open was a PGA Tour event played at various clubs in and around Detroit from the late 1940’s to the early 1960’s.   In fact, the PGA Tour record for the longest sudden-death playoff was established at the 1949 Motor City Open, played at Meadowbrook.   Cary Middlecoff and Lloyd Mangrum played 11 holes at Meadowbrook Country Club and were still stalemated when darkness arrived.  Tournament officials, with their mutual consent, declared them co-winners. Click here to see Chick Harbert (on the right) presenting the co-winners check to Lloyd Mangrum (far left) and Cary Middlecoff (next to Chick).  Chairman of the tournament, Hugh Reder is second from left. 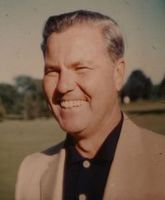 Harbert won seven times on the PGA Tour, including one major championship, the 1954 PGA Championship, which was then a match play event.  A three-time finalist, he was also that event's runner-up twice, in 1947 (falling to Jim Ferrier) and 1952 (to Jim Turnesa).  Harbert was one of the great PGA Championship match play competitors, compiling a 24–10 (.706) record between 1946, his first appearance, and 1957, the final year of the match play format.

In 1949, Harbert played on the Ryder Cup team, winning his singles match against Sam King, 4 and 3, at Ganton Golf Club in Scarborough, England.  He was playing-captain of the U.S. team in 1955, with a singles victory against Syd Scott (3 and 2) to his credit.

In 1955, he represented the United States at the Canada Cup team competition at Columbia Country Club outside Washington, D.C. He teamed with Ed Furgol, with the duo outdueling Australia's team of Peter Thomson and Kel Nagle by nine strokes. He finished fourth in the individual competition, two strokes out of the Furgol, Thomson and Flory Van Donck playoff that Furgol won.

After turning 50, he made two official Senior PGA Tour appearances.  He tied for 43rd at the 1981 Michelob Senior Classic and then tied for 40th in the same tournament the following year. In addition, he played in nine Liberty Mutual Legends of Golf team events, with his top showing a fifth-place performance in the inaugural event in 1978, when he teamed with Bob Toski.